I decided, somewhat insanely, to get Leo a subscription to Science magazine, the lead publication of the AAAS, and one of the two top international scientific periodicals (the other being Nature). My concept here was that we might find at least one interesting science thing to talk about each week, and the pictures in Science are way cool!

(I had gotten him a subscription to Scientific American a while back, but, to be honest, the articles are too long and too wordy, and frankly dumbed-down and pretty boring, so Leo really never got into them. I think what’s going on, in part, is that the graphics/word count is too low in SciAm, whereas in Science it’s way higher, so Science is more like a graphic novel than SciAm.)

The first issue arrived this week, and it turned out that there’s a very high density of articles that were quite interesting, both graphically and in terms of content. Leo was especially interested in this one:

I can hear you yawning, even over the internet!

But wait! I turns out that this is a really cool paper about making very interesting nan0-alloys by combining a bunch of different molecules. It has great graphics, for example: 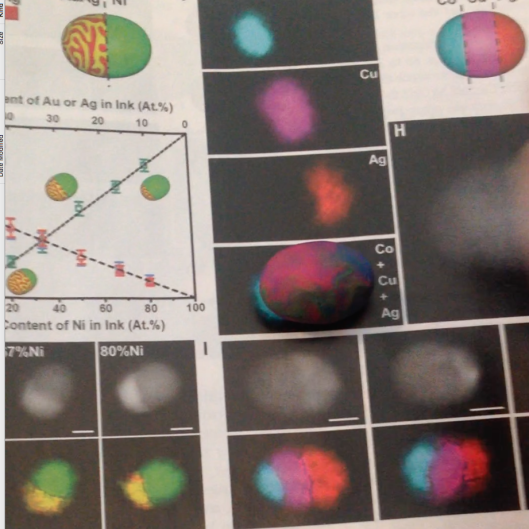 Notice the interesting seemingly-3-Dimensional egg-like thing in the middle of the picture. The reason that it seems 3D is that is is 3D! We got hold of some PlayDough and made a bunch of model of the various nano-alloys depicted in the paper. Here’s another: 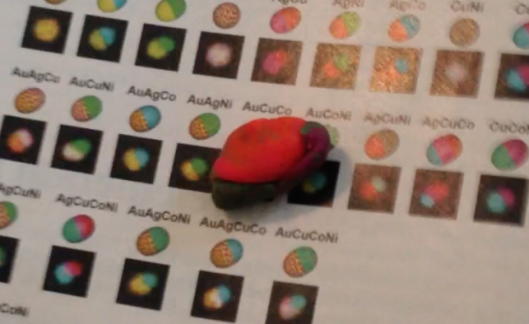 I’m not actually sure which one this was supposed to be…possibly the AuCuCo that it’s sitting on top of.

Anyway, this devolved…or perhaps I should say “evolved” into our creating a complete Clay Science Museum! 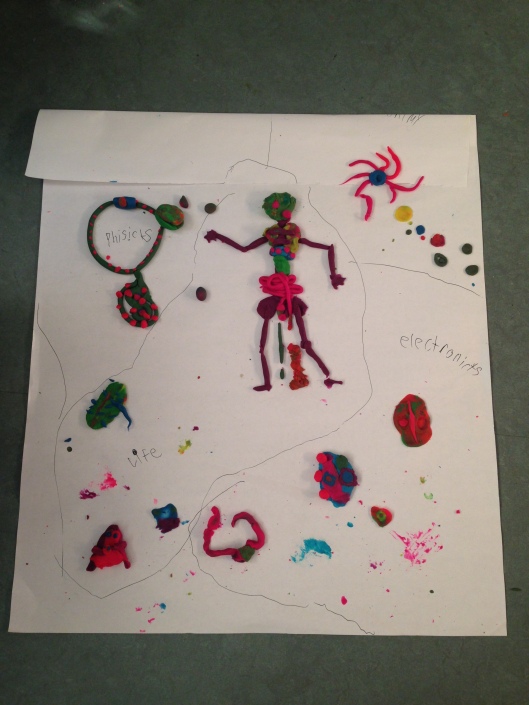 In the center we have the anatomically correct insides of a person. Here’s a close up: 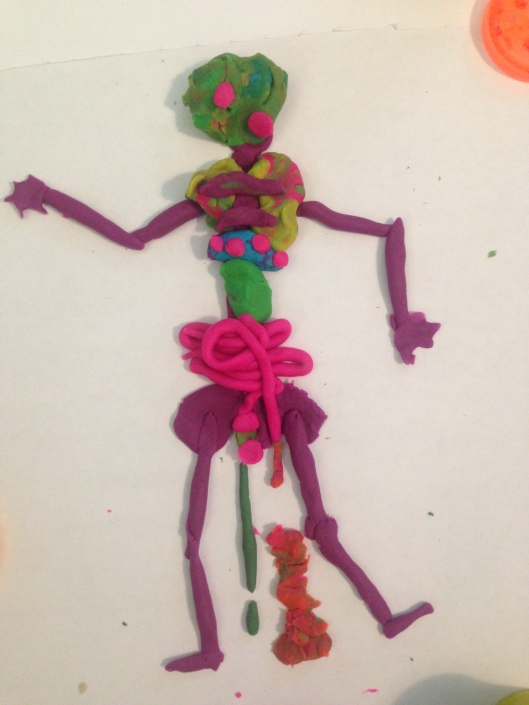 It’s a male, in case it isn’t obvious; I’ll spare you the details! 🙂

This is a ciliate protozoa that we saw in the microscope the other day from a sample of pond water: This is the LHC (the rings at the bottom are the smaller injection rings, and the ATLAS is the blue thing at the top): This is quantum tunneling. (Too hard to explain!) 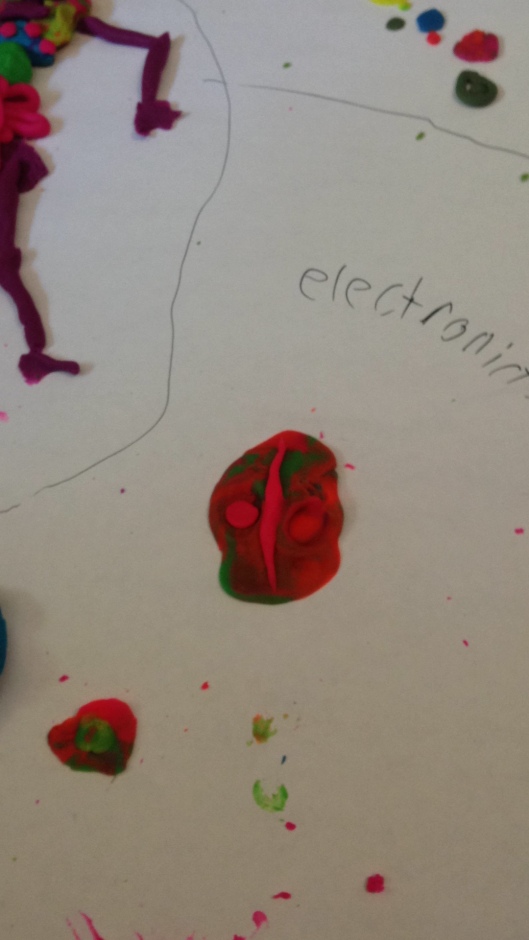 Here’s the galaxy (supermassive black hole in the center, of course), and the solar system:

Later on Leo stuck his finger in the middle of the black hole to create a singularity.

[Aren’t you relieved that MineCraft isn’t mentioned ANYWHERE in this post! Ummmm … Oops!]